These are the latest images I’ve taken with my 127 and C90, back to back on the same night with the same kit (HEQ5 Pro, 2x barlow, ZWO ADC and ASI-120MC). Each time I’ve taken the best 25% of 10000 frames using AutoStakkert, and then performed wavelet sharpening in Registax.

Previously I made the following comparison between 127 and 102.

Venus, the waning Moon and Jupiter low in the south-eastern sky at 6am on 31st January 2019. About four degrees separates each planet from the moon. Handheld shot using a 700D and a 50mm lens.

Mars with a Celestron C90. Syrtis Major coming into view on the right, with bright Hellas below.

Jupiter on 28th June 18, getting lower in the southern sky after sunset. Good seeing for once allowed use of a 3x barlow. Happy with the result!

The planet Mercury taken 45 minutes after sunset on 1st April 17 with a Circle-K 3″ refractor I bought on ebay. Happy with the scope. Classic ‘frac.

Uranus forming a triangle with 88 and Zeta Piscium. WO GT81s with 8s exposure. 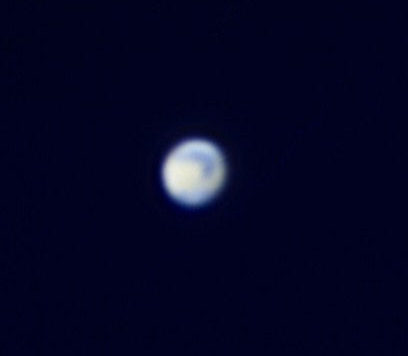